Dominic Raab has refused to rule out the use of so-called ‘vaccine passports’ to allow entry to supermarkets and pubs.

Just last week, the UK government appeared to shut down suggestions of a domestic ‘passport’ system.

But now, Foreign Secretary Raab has said they’re ‘under consideration’.

Speaking on LBC’s Swarbrick, Raab was asked whether vaccine passports would be required to get into pubs and supermarkets, to which he replied: “It is something that hasn’t been ruled out. It is under consideration.

“But of course, you’ve got to make it workable.”

He went on to say the ‘modalities and mechanisms’ of how people can show they’ve had the vaccine were currently being looked at by the government.

He added: “Whether it’s at an international, domestic or local level, you’ve got to know that the document being presented is something that you can rely on and that it’s an accurate reflection of the status of the individual.

“I’m not sure there’s a fool-proof answer in the way that it’s sometimes presented but of course we’ll look at all the options.”

In an attempt to clarify what Raab said, aides told the Daily Mail that the Foreign Secretary had only been responding to a ‘hypothetical’ question and said that vaccine passports are being considered for international travel but ‘are not being considered domestically’.

Raab’s words seem to be in complete contradiction to comments made by Nadhim Zahawi, Minister for Business and Industry and Covid Vaccine Deployment, last week who said a state-issued document like this would be ‘discriminatory’.

Asked by Sky News’ Sophy Ridge if the government was considering the introduction of vaccine passports, Zahawi said: “No, we’re not. One, we don’t know the impact of the vaccines on transmission.

“Two, it would be discriminatory and I think the right thing to do is to make sure that people come forward to be vaccinated because they want to rather than it be made in some way mandatory through a passport.

“If other countries obviously require some form of proof, then you can ask your GP because your GP will hold your records and that will then be able to be used as your proof you’ve had the vaccine.

“But we are not planning to have a passport in the UK.”
–

Historically, fewer than fewer than 1% of adverse events have ever been reported to VAERS, a system that Children’s Health Defense has previously referred to as an “abject failure,” including in a December 2020 letter to Dr. David Kessler, former FDA director and now co-chair of the COVID-19 Advisory Board and President Biden’s version of Operation Warp Speed.

A critic familiar with VAERS’ shortcomings bluntly condemned VAERS in The BMJ as “nothing more than window dressing, and a part of U.S. authorities’ systematic effort to reassure/deceive us about vaccine safety.”

CHD is calling for complete transparency. The children’s health organization is asking Kessler and the federal government to release all of the data from the clinical trials and suspend COVID-19 vaccine use in any group not adequately represented in the clinical trials, including the elderly, frail and anyone with comorbidities.

CHD is also asking for full transparency in post-marketing data that reports all health outcomes, including new diagnoses of autoimmune disorders, adverse events and deaths from COVID vaccines.

Children’s Health Defense asks anyone who has experienced an adverse reaction, to any vaccine, to file a report following these three steps.
–

However, “within the specified time” means that reactions occurring outside that timeframe may not be reported, in addition to reactions suffered hours or days later by people who don’t report those reactions to their healthcare provider.
–

As The Defender reported today, the CDC is investigating the Feb. 8 death of a 36-year-old doctor in Tennessee who died about a month after receiving the second dose of a COVID vaccination. According to news reports, Dr. Barton Williams died from the adult form of multisystem inflammatory syndrome (MIS-A), a condition caused when the immune system attacks the body resulting in multi-system organ failure. New reports attributed the death to a reaction to an asymptomatic case of COVID, although Williams never tested positive for the virus.
–

All Global Research articles can be read in 27 languages by activating the “Translate Website” drop down menu on the top banner of our home page (Desktop version).

The numbers reflect the latest data available as of Feb. 4 from the CDC’s Vaccine Adverse Event Reporting System website. Of the 653 reported deaths, 602 were from the U.S. The average age of those who died was 77, the youngest was 23.

As of Jan. Feb. 4, 653 deaths — a subset of 12,697 total adverse events — had been reported to the Centers for Disease Control and Prevention’s (CDC) Vaccine Adverse Event Reporting System (VAERS) following COVID-19 vaccinations. The numbers reflect reports filed between Dec. 14, 2020 and Feb. 4, 2021.

VAERS is the primary mechanism for reporting adverse vaccine reactions in the U.S. Reports submitted to VAERS require further investigation before confirmation can be made that the reported adverse event was caused by the vaccine.

As of Feb. 10, about 44.77 million people in the U.S. had received one or both doses of a COVID vaccine. So far, only the Pfizer and Moderna vaccines have been granted Emergency Use Authorization in the U.S. by the U.S. Food and Drug Administration (FDA). By the FDA’s own definition, the vaccines are still considered experimental until fully licensed.

If it were the case that Facebook censored or flagged all online material which questions the WHO’s narrative then that would be one thing. But that is not what is happening. For in reality, Facebook only tends to censor material which goes against the advice of the WHO if it leans in a particular direction.

For instance, since the start of the pandemic the WHO has supported the introduction of lockdown measures. But it has also repeatedly said that such lockdowns should be temporary, or otherwise short in duration. Yet in recent months, Big Tech censorship has only been aimed at people arguing against lockdowns, or urging people to break the restrictions — while completely ignoring the many people still arguing for their extension. The problem, in other words, is a double-standard. If the WHO’s advice is sacrosanct, why is one alternative view worthy of censorship but another one permitted?

Ultimately, such an approach is entirely self-defeating. For if the credibility of the WHO is not as sacrosanct as Facebook seems to think, then by censoring dissenting views the platform is essentially protecting a polluted information source — all while claiming to be doing the very opposite.

The UK, among other countries, is now coming close to the first anniversary of the moment since everybody was first consigned to their houses. For much of that time we have been deprived our social antenna — unable to hear from friends and family in person or gather in large groups to exchange ideas. Instead, we have had to increasingly rely on the online world to communicate and share our thoughts. It is in light of that situation that sinister decisions such as Facebook’s this week need to be considered. This was not the first time that social media giants have shown themselves to be unaccountable, let alone incompetent. And I predict that it will not be the last.
–

It’s been ten years since the Arab Spring reached Libya, where anti-government protests grew into a full-blown civil war, which led to a massive NATO-led military intervention.

RT’s Murad Gazdiev examines the fallout of the last tumultuous decade in the country. The US government’s foremost infection disease expert, Dr. Anthony Fauci, says the US will certainly have “millions of cases” of COVID-19 and more than 100,000 deaths.

As the US tops the world in reported infections from the new coronavirus, the director of the National Institute of Allergy and Infectious Diseases predicts 100,000-200,000 deaths from the outbreak in the US.

Fauci was speaking to CNN’s “State of the Union” as the federal government is discussing rolling back guidelines on social distancing in areas that have not been hard-hit by the outbreak.

Fauci says he would only support the rollback in lesser-impacted areas if there is enhanced availability of testing in place to monitor those areas. He acknowledged “it’s a little iffy there” right now.
– 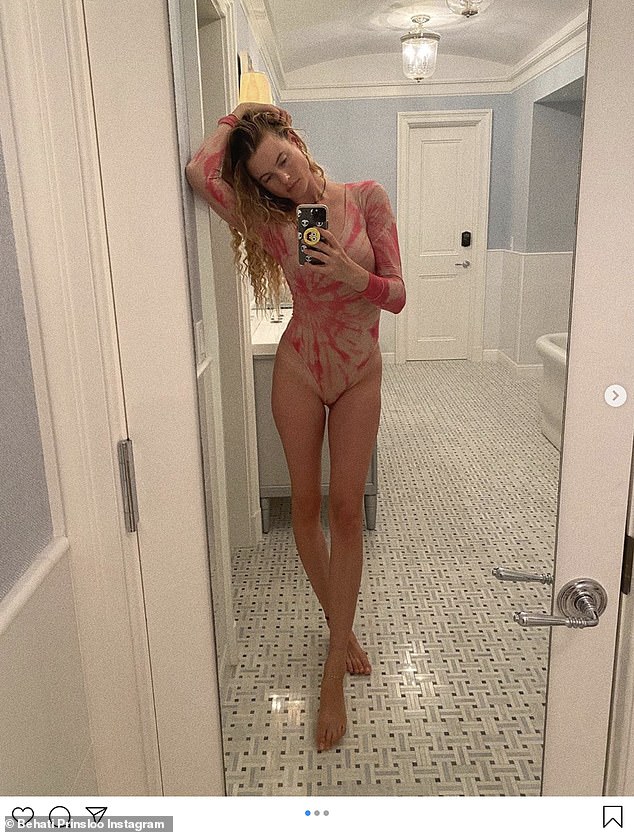 Earlier this month, Zoe shared an empowering message with her 7.3 million Instagram followers by sharing a close-up selfie – in which she appeared to shed a tear.

The actress captioned the shot, ‘Don’t let your mind bully your body,’ with the hashtag, #loveyourself.’

In the black-and-white clip on Instagram Stories, the A-list actress had her dark locks pulled back in a neat ponytail as she wore an Adidas activewear top.

Saldana has often used her platform for causes including social change and gender issues, having blazed a Hollywood trail with her appearances in blockbusters like Avatar and the Star Trek and Guardians of the Galaxy films.
–