The glaring fallacy that always lies at the heart of pro-censorship sentiments is the gullible, delusional belief that censorship powers will be deployed only to suppress views one dislikes, but never one’s own views… Facebook is not some benevolent, kind, compassionate parent or a subversive, radical actor who is going to police our discourse in order to protect the weak and marginalized or serve as a noble check on mischief by the powerful. They are almost always going to do exactly the opposite: protect the powerful from those who seek to undermine elite institutions and reject their orthodoxies. Tech giants, like all corporations, are required by law to have one overriding objective: maximizing shareholder value. They are always going to use their power to appease those they perceive wield the greatest political and economic power.
–

“If liberty means anything at all, it means the right to tell people what they do not want to hear.”― George Orwell

This is the slippery slope that leads to the end of free speech as we once knew it.

In a world increasingly automated and filtered through the lens of artificial intelligence, we are finding ourselves at the mercy of inflexible algorithms that dictate the boundaries of our liberties.

Once artificial intelligence becomes a fully integrated part of the government bureaucracy, there will be little recourse: we will be subject to the intransigent judgments of techno-rulers.
–

If it were the case that Facebook censored or flagged all online material which questions the WHO’s narrative then that would be one thing. But that is not what is happening. For in reality, Facebook only tends to censor material which goes against the advice of the WHO if it leans in a particular direction.

For instance, since the start of the pandemic the WHO has supported the introduction of lockdown measures. But it has also repeatedly said that such lockdowns should be temporary, or otherwise short in duration. Yet in recent months, Big Tech censorship has only been aimed at people arguing against lockdowns, or urging people to break the restrictions — while completely ignoring the many people still arguing for their extension. The problem, in other words, is a double-standard. If the WHO’s advice is sacrosanct, why is one alternative view worthy of censorship but another one permitted?

Ultimately, such an approach is entirely self-defeating. For if the credibility of the WHO is not as sacrosanct as Facebook seems to think, then by censoring dissenting views the platform is essentially protecting a polluted information source — all while claiming to be doing the very opposite.

The UK, among other countries, is now coming close to the first anniversary of the moment since everybody was first consigned to their houses. For much of that time we have been deprived our social antenna — unable to hear from friends and family in person or gather in large groups to exchange ideas. Instead, we have had to increasingly rely on the online world to communicate and share our thoughts. It is in light of that situation that sinister decisions such as Facebook’s this week need to be considered. This was not the first time that social media giants have shown themselves to be unaccountable, let alone incompetent. And I predict that it will not be the last.
– 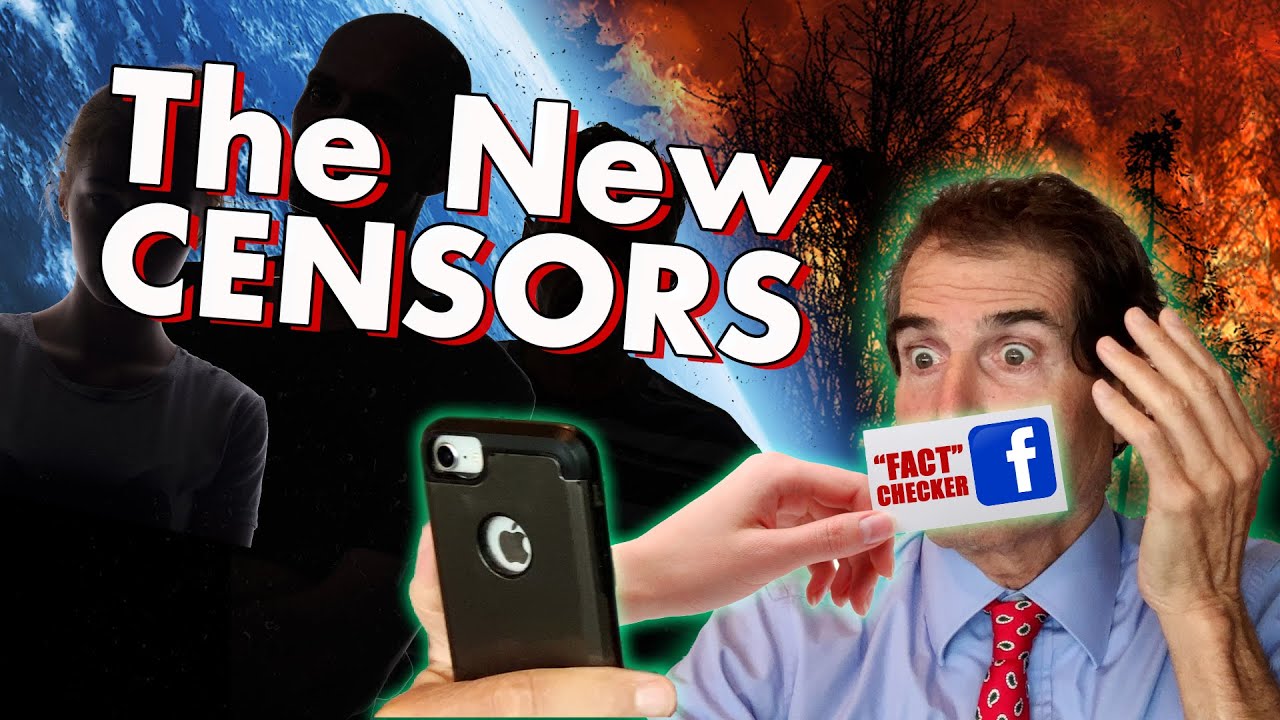 What do you do when your sources of information get corrupted? That is one of today’s great questions, as UnHerd discovered this week. On Wednesday, Facebook censored an article on these pages which was critical of the World Health Organisation, labelling it as “misinformation”. It was not UnHerd’s first run-in with the online censors, but it is perhaps the most baffling.

In the article in question, Ian Birrell suggested that there are very many reasons to be suspicious of the WHO’s recent report into the origins of the coronavirus. Its investigations were brief, its research was flimsy and the composition of its team was questionable. But most glaring of all was surely its attempt to exclude from consideration anything which might be inconvenient for the Chinese Communist Party. It concluded, for example, that there was no evidence that the virus had come either from the Wuhan wet market, or from the government-run laboratory in the area.

Birrell remarked on all of this and much more in his piece. All of it is public information — and in any healthy society it would be part of the public debate. I suspect that this eventually dawned on Facebook, which last night apologised and reinstated the piece. But why did it decide that the article constituted “misinformation” in the first place?

It’s worth noting, of course, that Facebook does have form in regards to censorship involving the Chinese Communist Party, and it does seem a remarkable coincidence that the one UnHerd article to receive such a content warning was deeply critical of the world’s most powerful totalitarian state. Moreover, a pattern of Big Tech censorship has emerged in recent years where dissident voices are smothered until the embarrassment caused becomes too much of a PR own goal for a platform, at which point it is announced to be a simple mistake. Someone pressed the wrong key. Perhaps.
–

The concept that they and their platforms might be the modern version of the Reich Ministry of Public Enlightenment and Propaganda has probably never even crossed their mind. In fact, these people think they’re actively fighting Nazis.

In this essay, I’m not even talking about the horrors of the Holocaust itself. I’m explaining about the very idea that media should all be government-mandated, dissent should be silenced, and those who have different opinions should be crushed was at the very heart of the Reich.

Censorship in WWII Germany was the key to controlling the populace and Propaganda Minister Joseph Goebbels eagerly took control of the news, literature, filmmaking, theatre, music, and all forms of broadcasting in order to present the illusion of a united front that eagerly and vehemently supported Adolph Hitler and all the evils that occurred under his reign.
–